This week I attended a pre-conference event at the 3rd Global Ministerial Conference on Road Safety in Stockholm, organised by the Independent Council for Road Safety International (ICORSI). Campbell South Asia has been working with ICORSI to produce an evidence and gap map of interventions to improve road safety. The first draft of this map formed the basis of many of the presentations at the event.

This was a great moment for Campbell. An international meeting of sector experts, co-branded as a Campbell event, using a Campbell evidence map to set out a research agenda to inform policy. But what was even more exciting to me was the very clear examples of the possibilities and limits to transferability of study findings in this area.

The most striking find from the map is the geographical distribution of evidence. Whilst 90% of traffic fatalities are in low- and middle-income countries, over 90% of the evidencce comes from North America.

Does this massive inequality in the source of evidence matter? That is, what about transferability? Do study findings from North America apply in developing countries? The answer is yes and no.

On the yes side, road safety evidence champion Rune Elvik said some things are obviously universal. When it’s dark people can’t see as well, and that makes driving more dangerous, so lighting works wherever you are. Drinking alcohol impairs your judgement and slows your reaction time and so greatly increases the chances of an accident. So cutting back on drink driving will save lives. And it is well established that speeding is linked to accidents. So requiring speed limiters in vehicles, as is being done in Rwanda, will reduce the number of accidents. 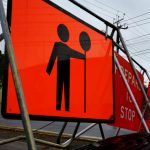 It is also well established that driver education and safety campaigns are ineffective. As the head of Road Safety at the Work Bank Soames Job explained, the reason that people speed or drive through red lights is not that they didn’t learn that red means stop. Of course they know. But people have a poor intuitive understanding of risk, and a feeling that the increased risks from dangerous driving don’t apply to them. And anyway, the majority of people think that they are a better than average driver. (Less than 3% think they are worse than average. And they are nearly all women, who are actually, on average, safer drivers than men).

But there are other areas in which the research imbalance matters as the research is not transferable, leaving large evidence gaps. This case was made convincingly by Kavi Bhalla.

In developed countries, cars are the main killers and most people killed are car passengers or drivers. But in developing countries most people killed are pedestrians or cyclists. And cars account for only 20% of road deaths. In developing countries most people are killed by buses and trucks. But the empirical studies on front end engineering – to reduce the chances of injury and death when a vehicle hits a person – are focused on cars. There are no empirical studies on buses or trucks, despite researchers, including ICORSI President Dinesh Mohan raising the issue for many years.

Moreover, there is a whole class of indigenous vehicles, such as tuk tuks, rickshaws and jeepneys, for which there are no empirical studies on safety, again despite a literature drawing attention to them. Finally, there is the issue of different road use patterns, whether it is cows wandering across highways in India or the ubiquitous small shops, street sellers, tea stalls and restaurants alongside major roads in many other countries.

The common element on both the yes or the no side in this discussion is that the argument is informed by theories of change. It is the statement of the theory which makes it clear whether there is transferability of study findings or not. So, ‘people can see less well in the dark, and when people can see less well they are more likely to have an accident’, is a simple theory which is clearly universal and so transferable. On the other hand, the thoery that ‘improving front end engineering for cars will reduce traffic fatalities’ is far less transferable since only one-fifth of traffic deaths in developing countries are caused by cars.

These are simple cases. And as such, they illustrate an argument I have made in previous blog post, that the question of transferability is often quite straightforward. Theories of change inform discussions of transferability. And they provide an explanation of heterogeneity in effects in systematic reviews. But these theories are more than that. They are mid-level theories. That is, they are not project specific, but stated at a sufficiently general level to apply across a range of settings. I hope we will see more explicit use of mid-level theory in reviews and in policy discussions.

This website uses cookies to improve your experience while you navigate through the website. Some of these cookies are essential for the working of basic functionalities of the website. We also use third-party cookies that help us to analyse and understand how you use this website. These third-party cookies will be stored in your browser only with your consent. You have the option to opt out of these cookies by disabling them below.
Necessary Always Enabled