Evidence mapping began in the early 2000s and has taken off in the last ten years, notably with the innovation of an online interactive visual Evidence and Gap Map by the International Initiative for Impact Evaluation (3ie) and the different types of maps produced by the Campbell Collaboration.

In the CEDIL Methods brief, ‘Evidence and gap maps: Using maps to support evidence-based development’, CEDIL’s Research Director, Howard White, describes what evidence and gap maps are, what sort of evidence is being mapped, the various ways in which these maps are being used and how you can commission one.

This brief is based on the CEDIL Methods Working Paper 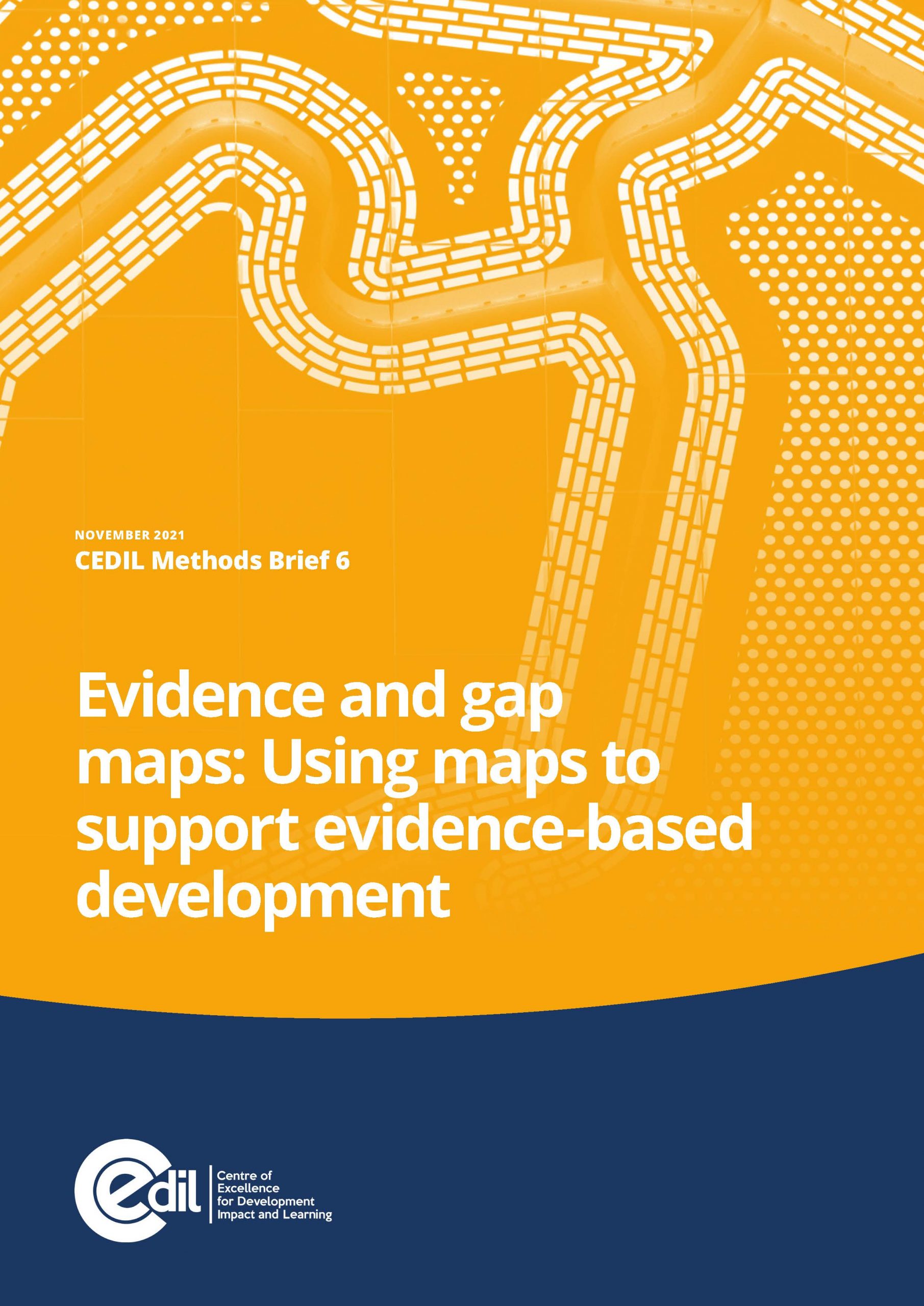