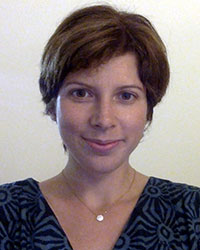 Audrey obtained a BA in Anthropology and Ancient History from UCL in 1998, a maitrise  in Ethnologie from the Sorbonne (Paris V) in 1999 and a PhD in Social Anthropology from the University of London in 2003. Her PhD was published as book entitled ‘Precious Pills: Medicine and Social Change among Tibetan refugees’ in 2008. Audrey then obtained a Career Development Fellowship with the UK Medical Research Council’s Social & Public Health Sciences Unit and trained in epidemiological research methods, sparking an interest in mixed-methods research. Audrey now works at UCL’s Institute for Global Health and in close collaboration with the Indian civil society organisation Ekjut. Together they have conducted two large cluster randomised controlled trials of participatory women’s groups to improve maternal and newborn health in largely tribal areas of Jharkhand and Odisha, eastern India.  The Ekjut trial, which was published in the Lancet in 2010, won the Society for Clinical Trial’s Award of ‘Trial of the Year’ in March 2011.